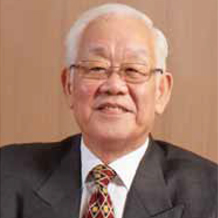 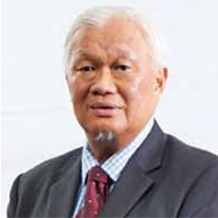 He graduated with a Bachelors Degree in Civil Engineering from the University of Malaya in 1970 and is a member of the Institution of Engineers, Malaysia since 1974 and was subsequently made a Fellow in 1984. He has over 48 years of experience in the property and construction industry since he started his career with Messrs Binnie & Partners (M) Sdn Bhd and later joined Perbadanan Kemajuan Negeri Selangor in 1971 as a Project Manager handling project designs, management and property development. He was formerly the Executive Director (President/Chief Executive) and former Major Shareholder of Kumpulan Europlus Berhad.

Tan Sri Chan was awarded the prestigious “Property Man of the Year 1998” by the Federation Internationale Des Professions Immobilieres (“FIABCI”) in recognition of his achievements in property development. Tan Sri Chan was conferred the Honorary Doctorate of Science (Engineering) by the University Malaya on 11 August 2003. 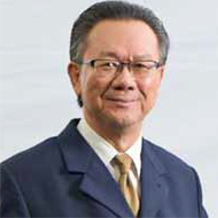 Datuk Ng holds a Bachelor of Law (Hons) from the University of Wales, Cardiff; a Master of Laws from King’s College, University of London; and a Barristerat-Law from Lincoln’s Inn. He is also an Advocate and Solicitor of the High Court of Malaya since 1987, and presently is the Managing Partner of the law firm of Azri, Lee Swee Seng & Co where he specializes in corporate law.

Datuk Ng also holds a Master of Science (Corporate Communication) from Universiti Putra Malaysia, an ACEA and is a Certified Mediator at the Malaysian Mediation Centre as accredited by the Malaysian Bar. He was conferred the Doctor of Divinity by Aisa Pacific Seminary in October, 2016. 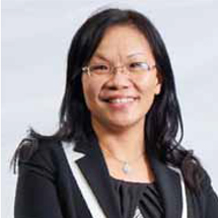 Chua Kim Lan, aged 55, female, Malaysian, Executive Director, joined the Board of the Company on 1 October 2007.

Ms Chua Kim Lan graduated from Tunku Abdul Rahman University College in Building Technology in 1984 and holds a Master of Business Administration from Honolulu University, Hawaii in 2000. She was previously attached to Brisdale (M) Sdn Bhd for five (5) years from 1984 to 1989 and the Company for one (1) year prior to joining Europlus Berhad as a Quantity Surveyor in 1991. She was transferred back to the Company subsequent to the merger exercise in 2003 and was formerly the Deputy President of the Company before her appointment to the Board. 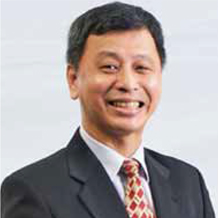 Yaw Chun Soon, aged 56, male, Malaysian, Executive Director, joined the Board of the Company on 24 July 2014. 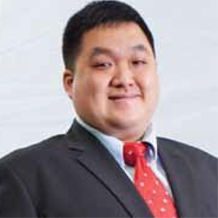 Mr Chan Tet Eu holds a Bachelor of Arts and Media (with Hons) from Lim Kok Wing University and a Certificate of Excellence in mechanical engineering and a Diploma in accounting.

Mr Chan worked in a media outlet and production house, prior to joining a property development company.